Even Alfred Wainwright Described This Lethal Route As ‘Heartstopping’

We all know the Romans loved to build roads in straight lines as the shortest distance between two points but when they occupied Cumbria around the 2nd century and tried to build a road from Galava Fort in Ambleside over to Ravenglass on the coast, they were soundly defeated. They had to  give up before they’d even started.

The winding, steep route took them over some of the most dramatic and dangerous terrain in the country. Today, we know part of this route as Wrynose Pass and the infamous Hard Knott Pass. The road is so steep and precarious, it has claimed lives as well as countless victories over engine components, brakes, and drivers's nerves. The Mountain Rescue Team has been called out to rescue drivers stranded in their cars, gripping the steering wheel in terror, simply too terrified to move either forwards or backwards.

Even Alfred Wainwright, the famous walker who was certainly not afraid of a steep hill or two, described Hard Knott Pass as “heartstopping”. 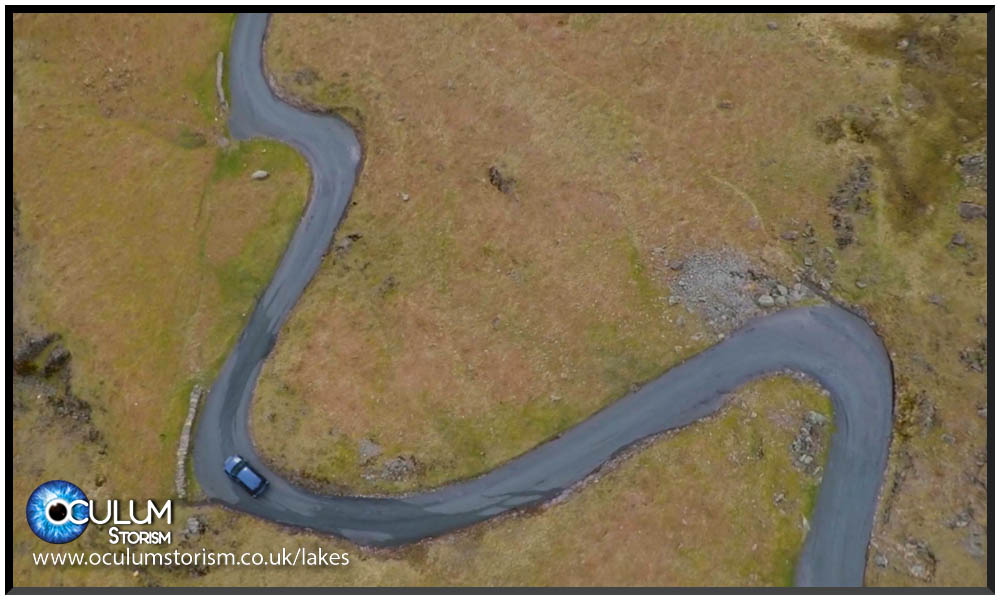 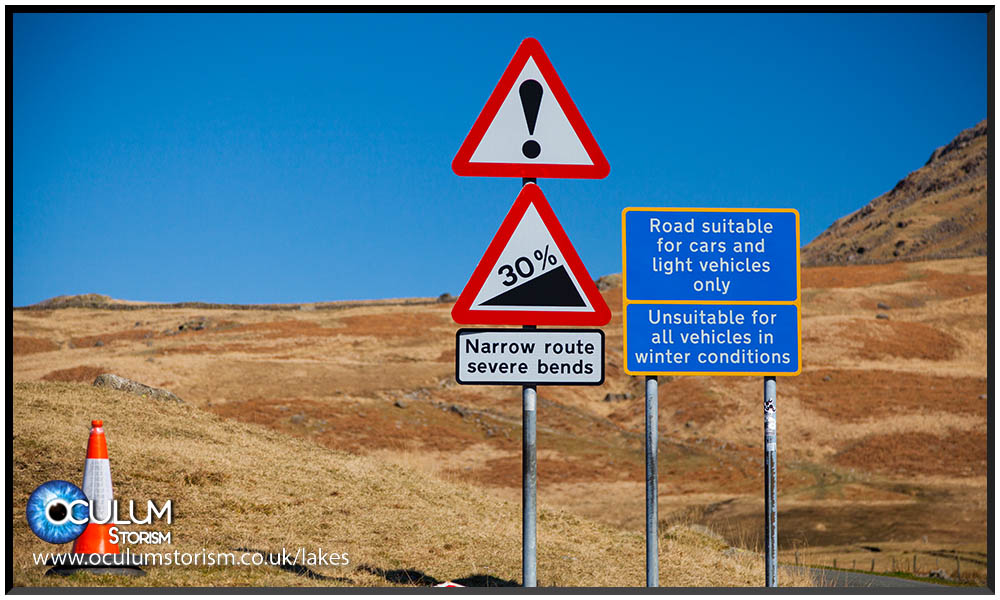 Wheel spins, burning rubber and standing with all your might on the brake pedal for dear life are the norm, proceed with extreme caution. It's not a road to be driven by the learner driver or faint-hearted. Only the brave attempt it in the best of weather conditions, only a fool would attempt it in anything less – so the Cumbrian authorities frequently close the road completely during winter.

Whilst filming In Eskdale in 2016, Oculum Storism witnessed an unfortunate incident at the top of the Pass. A tourist's car had damaged both front wheels, striking rocks at the side of the extremely narrow road and was totally immobilised. The recovery vehicle arrived some 4 hours later from Whitehaven, but took almost a further 2 hours to get around one single corner, known as 'Dead Man's Corner'.

The route west-bound is difficult enough, but to be fair, navigating it is merely a matter of extreme caution, keeping eyes glued to directly in front of you, and a 1st-gear slowly slowly approach.

As the large, heavy recovery vehicle found to its cost - the same corner east-bound is a different matter. It was too steep for the tow truck's tyres; no amount of engine power will help spinning wheels to grip. It slid alarmingly backwards as it tried to haul itself forwards.

We assume the driver went home later that night and enjoyed a stiff whisky or two.